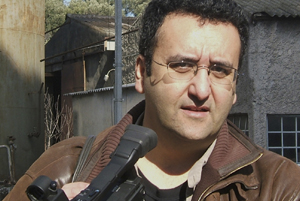 Ioannis Skopeteas is currently Assistant Professor in Screenwriting and Direction in Digital Audiovisual Arts in the Department of Cultural Technology and Communication, University of the Aegean, Greece, having had a Ph.D. from the University of Westminster since 2004. He is the author of the book Camera, lighting and Image in digital audiovisual recording (2016) and Narration and Genre in fiction films. With case studies from the Greek feature films (2015) and the editor of the reader “Documantery another reality” (2009). He is also an active practitioner
having written and directed dozens of cultural documentaries on behalf of major institutions and museums of Greece, as well as corporates, TV commercials and short films.